First and foremost, I am neither an Apple-rumour-guru nor a Future-prediction-artist, to either assume or confirm respectively, what Apple’s management had longed-planned or decided for their product roadmap ahead of their current and future tech releases.

We’ll probably have to face some hard facts — A TouchScreen will Never-Ever-Happen and a MacBookPro system. Period.
• • •

The MacbookPro series is a subset of the Macbook family, and is probably the longest surviving lineage in the history of the original Macintosh portable computer, since its first inception way back in Jan 2006.

The current “Unibody” concept that we still see today in all MacbookPros, has been serving us since its 2nd-generation release in late-2008, up to our current-day 10th-generation series in 2020. That’s a notable 12-year lifespan for any modern-day product-design-range and clearly-way-overdue for a major overhaul by modern-day standards.

However, what we must recognize is the notoriety that the MacbookPro has gained over these years — Evolving from a merely functional product into a cultural icon.

The design just works. — Clearly technically-functional and revolutionary-brilliant, the current design compromises of more than a decade-old compilation of technical innovations and design genius — Bringing together the best of what Apple recognized as market-common and usage-proven technology standards, all packed into a seamless body of technological marvel.

The design is a cultural icon. — An etched out one-aluminum-block design is simply timeless.

Having an almost cult-like status, the MacbookPro is in itself an independent symbol where almost every tech-savvy human can’t help but recognise its signature lines and curves, and the level of design-excellence, exceptional–user-experience, and lasting-build-quality it stands for.

The design concept is probably “that-good” that you can easily find an endless stream of icon images online created in honor of this cultural icon, as well as seeing competitors just blatantly copying it for their own new line of products.

Why The Next Evolution Is Not Happening

However, despite such a “market-need” frequently flouted by consumer fans, we might have overlooked why Apple has yet to take any serious actions in moving towards this next evolution, especially in recent years.

No doubt, the MacbookPro has already seen its fair share of iterations since its raw beginnings that have been fine-tuned to a near-perfect hardware state we see today.

There are, however, often unspoken, underlying user-experience mindsets as well as business strategies, which also served as critical factors that will significantly pivot the trajectory of this globally-beloved product.

For years, fans have complained about Apple’s lack of embracing the “TouchScreen Revolution”, as widely seen in the creation of newer laptop models by their Windows counterparts.

Let’s not forget that the MacbookPro is fundamentally created as a laptop, while Apple’s resulting ideology of having a “TouchScreen Computer” is the iPad.

With very clear product distinction and continually-charted courses of the MacbookPro and iPad series along the years, I can now more clearly see Apple’s attempt to somehow protect the idiosyncratic user-experience and identity of these two individualistic devices.

Consumers who had paid for a product, such as the MacbookPro, have an expected set of standardised-baseline-experiences for the underlying product. — Basically, the product should exceed the baseline expectations and not cause any troubles haphazardly.

To maintain a successful and sustainable product line, such product-experiences should fulfil while ideally never sacrificing either of two primary factors, namely:

#A1. Dead-Simple-Usage — There is a fixed expectation of how a MacbookPro should function right out-of-the-box with no surprises. This is especially true for the vast majority of consumers who are not high-tech savvy yet wanted a MacbookPro to just function as a laptop.

Adding a TouchScreen is then considered as a surprise function that will potentially confuse and disrupt this baseline user-experience dynamics of how the MacbookPro should normally function, thereby potentially induce feelings of frustration and anger towards the product and brand, as it “complicates” the interaction process.

#A2. Sustaining-Existing-Proven-Capabilities — This may include say having an expected 10-hour runtime of battery life on the new line of MacbookPro 16″ (Late-2019) but eventually falling short on that promise given a new TouchScreen hardware-upgrade to the specifications, which inevitably drains more power during operation.

This scenario is especially close-to-reality as such an inclusion to an already highly-tweaked and fashionably-thin MacbookPro 16″ (Late-2019) profile, some other existing and proven hardware perk, such as “longer-lasting-battery-life”, will have to give way for this exchange, and I do strongly believe that a large crowd of fans will definitely not be happy with this decision moving forward.

From Apple to Consumers in 2020 — The MacbookPro should remain fundamentally as a laptop powerhouse, while now we have the new iPad Pro.

Touted as one of the pioneering founders to the trend, the Apple Ecosystem has since spellbound and astonished many critics as it continues to lead the trend and drive brand loyalty as well as huge profits back to Apple.

This works especially well when you have a huge global following of brand-loyal, die-heart fans like Apple — As highly evidenced in their seemingly-endless exceedingly-profitable streak up to 2020 and probably beyond.

Therefore, as an enterprise, it just makes neither sense to “kill off” additional cash cow streams by merging multiple product lines into one, nor even to consider creating a third-new-stream that marries two-or-more-multiple-streams-into-one, which will coordinately cannibalise the respective streams involved, drive down sales and potentially devalue Apple’s overall brand value.

Inevitability, it is definitely wiser to forge on their respective paths for both the highly-beloved MacbookPro and the lucrative iPad product streams in the near and foreseeable future post-2020.

Unbeknownst to many, though it is a fact that the MacBookPro line continues to grow exceptionally-more-expensive year-on-year, it is still not by far Apple’s most-profitable product, as compared to the likes of iPhones, iPads, Wearables and Services in 2020, to be overspending significant R&D dollars in this segment in 2020.

Arguably, there will be a crowd of fans who would want to see the merging of capabilities of these two devices, but it is probably clear that this market is sadly, too minor to make such a significant pivot.

All in all, there is simply no realistic point for Apple to alter any of their already-proven and profitable channels of products, notably for both the MacbookPro and iPads in 2020.

This article first appeared in ANDWHATITHINK.COM, named "WHY Apple Won’t Make TouchScreens For The MacBookPro" published on 15 Jun 2020, written by Robert Chai. It was reproduced with permission by Robert Chai to extend the discussion regarding Apple and their mixed true feelings with MacbookPros and merging it with TouchScreen technologies. The article is refreshed with updated links and typo mistakes. 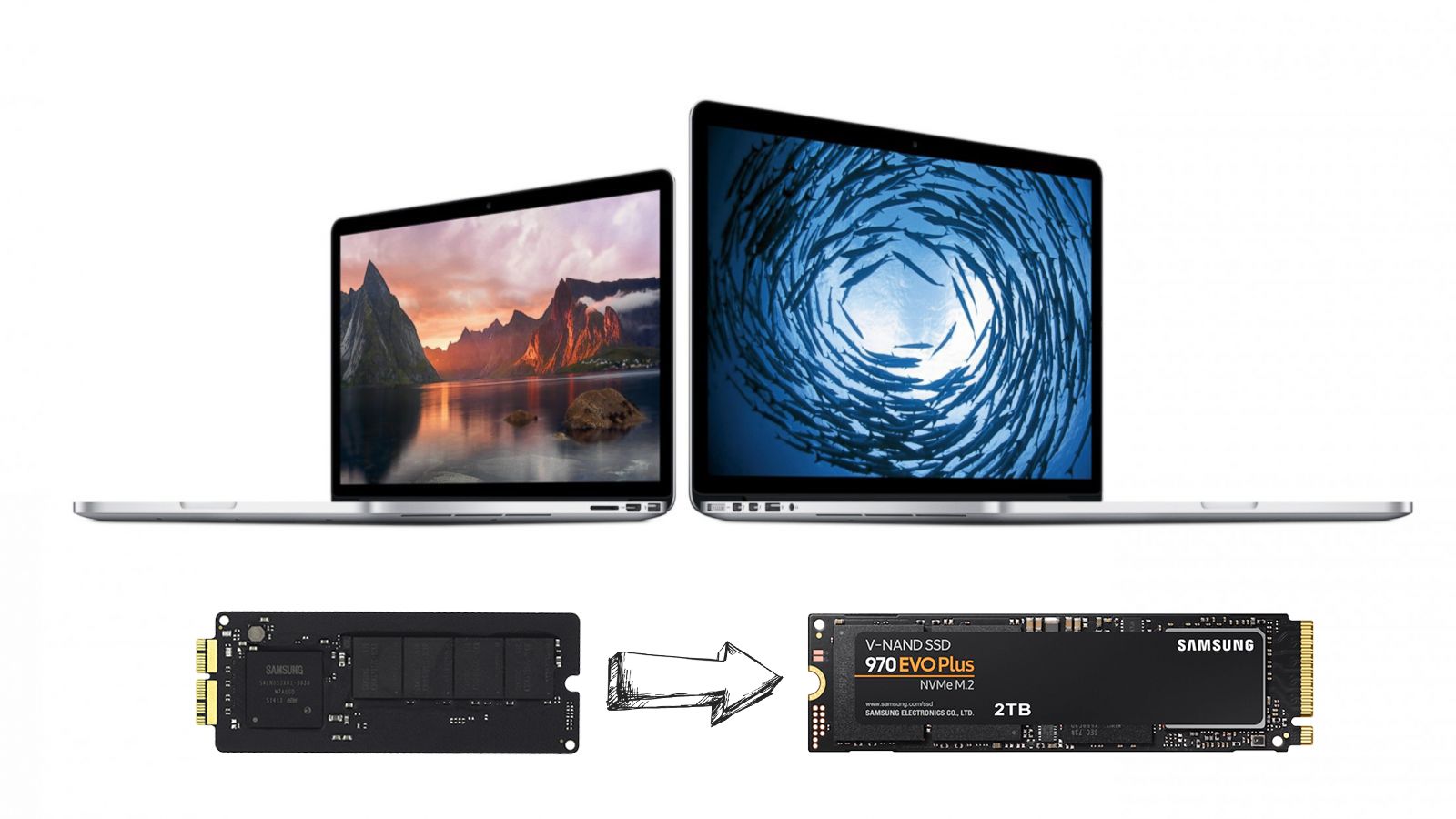 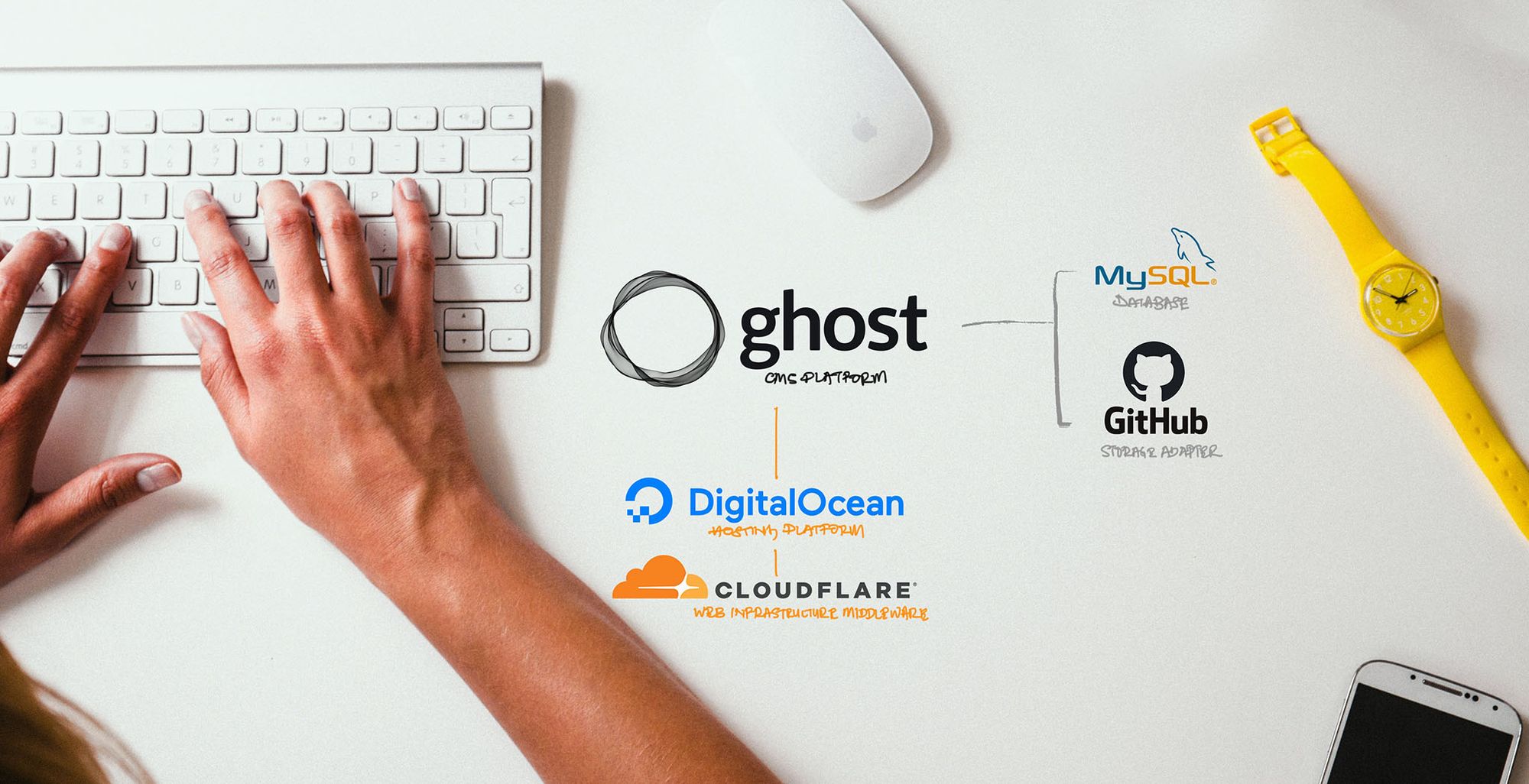 A step-by-step walkthrough on how to effectively set up a new Ghost instance in a DigitalOcean Droplet, coupled with a MySQL database, use of GitHub as a Custom Cloud Storage, and CloudFlare as a trusty web infrastructure middleware! 👍🏻
The Macbook Pro designs had evolved into a thinner form factor in recent years & massively discounted critical hardware features that had been a keystone in the previous professional line-up. But how far will Apple go before they will actually, really, listen to their users once again?

A step-by-step walkthrough on how to effectively set up a new Ghost instance in a DigitalOcean Droplet, coupled with a MySQL database, use of GitHub as a Custom Cloud Storage, and CloudFlare as a trusty web infrastructure middleware! 👍🏻